RWANDA – A story of change on cassava

Cassava is an important crop especially in the south of Rwanda. A processing factory was constructed, but it was unable to source enough roots to make it profitable. Since CDAIS became involved, however, actors got together, saw the problems and agreed ways forward. Now a few years later business is booming for all involved, from farmers with a secure market, producers of improved planting material, and the factory itself that produces much more cassava flour and now employs 230 people.

“What has changed? We came together. And together we found ways to solve our problems.” Eric Kayonga, cassava farmer, Ruhango district

Agriculture is the main economic activity in Rwanda, involvingmore than 80% of the labour force and contributing 33% of GDP. And of all crops, cassava is ranked third regarding its importance to household income and food security.To reach its vision of becoming a middle-income country by 2020, the government has targeted the transformation of agriculture into a productive, high value, market-oriented sector, and Southern Province progressively became the cassava basket for the country.

From potential to problems

Using a public-private partnership, the government supported the construction of the Kinazi Cassava Plant at a cost of US$10 million, with a capacity to process 120 tonnes of roots per day into high quality cassava flour. It started work in 2012, but a study in 2015 found that it was running at only 7% of capacity, and identified the reasons for this. There had been a sharp decline in the supply of cassava caused by lack of communication and collaboration between and amongst farmers and multipliers of improved planting material. Cassava is grown from cuttings, and these should be disease-free and preferably of improved varieties. And importantly, prices offered were low and there were delays in payment, so farmers preferred to sell to other markets.

Also, the crop varieties that were being increasingly grown proved susceptible to cassava mosaic virus and cassava brown streak disease. But farmers lacked access to disease resistant varieties and yields declined, farmer income decreased, impacting on household living conditions. And because of the inadequate supply, Rwanda even had to import cassava flour from Tanzania and Uganda.

“Effective partnerships are the key, the foundation. Without them, everything breaks down, everyone loses. For example, with no access to improved varieties, crop quality is poor, the factory won’t buy it, farmers can’t repay their loans, the bank loses too.” Yves Nicholas Rutagungira, supply manager, Kinazi Cassava Plant, Ruhango district

Turning the tide with ‘cassava week’

In response to the identified problems, CDAIS gathered diverse value chain actors during ‘cassava week’, in Ruhango district in October 2017 under the theme ‘Strengthening collaboration of all stakeholders for sustainable solutions’. It was supported at the highest level, opened by Hon Fulgence Nsengiyumva, State Minister in charge of agriculture at the Ministry of Agriculture and Animal Resources, calling on actors to work together and committing government support. The event allowed a common understanding to be reached of the relevance of innovation and the role of policy, institutional and organization issues in overcoming the challenges. The resulting 23 recommendations included improvements in the enabling environment, including the need for multi-stakeholder platforms and incentives to promote innovation in cassava production and processing.

More meetings were convened and facilitated by CDAIS, and farmers, multipliers and the factory owners started to implement agreed solutions. Functional capacities were developed, the partnership was strengthened, and the relationship between the Kinazi Cassava Plant and farmers improved greatly. Six months after cassava week, supply had increased massively, and from running at 7% of capacity in 2015, the factory was operating at 70% of capacity in May 2018. The impact was also felt by farmers: “Now the factory is buying our produce and paying us on time at a price a bit more than others, we see more profit and this encourages us to improve our farming methods.”

“We are overwhelmingly pleased by the interventions made by CDAIS, that have helped restart our engines that now turn day and night!” Viateur Ngabonzima, production manager, Kinazi Cassava Plant, Ruhango 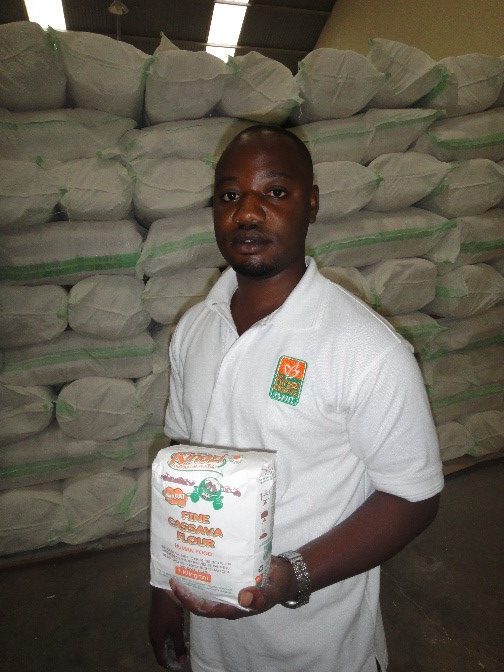 These activities were also complemented by direct learning in nine key subject areas identified by partnership members, and that form the core of CDAIS ‘learning cycles’. These were: roles and responsibilities; inclusive management; conflict management; entrepreneurship; record keeping; standards; access to markets; communication; and advocacy. Capacity development coaching modules were developed for each, delivered by CDAIS experts in 2-3 day courses. And these have been very well appreciated, the range of subjects matching the range of stakeholder interests.

“CDAIS coaching sessions are very different from others I have had. They also made me see things differently, to see others as partners and not competitors, and to see the need for change.” Felicien Simpunga, cassava farmer, Ruhango district

Reflecting and refining, together…

An integral part of the CDAIS approach to capacity development is to encourage joint reflection and learning, and then using the lessons learnt to continually refine the coaching and action plans for sustainable achievements. Within the cassava innovation partnership, 20 actors met on 4 October 2018, including farmers, multipliers of improved planting varieties, bulk buyers, and representatives from the processing plant and from two local banks. Alexia Mukamusoni’s story exemplifies the impacts of CDAIS on farmer livelihoods. A widow with three children, she grew cassava but struggled with pests and diseases and found it hard to sell it. “I realised that we needed to work together, learn modern techniques and secure new markets” She joined the Ubumwe Mbuye cooperative, and she is now its president. She saw the need for new resistant varieties, and started multiplying them for sale to other farmers, which makes up a large part of her income.

The end result – benefits all round

“I have changed from producing just for the family, to farming commercially for the market, thanks to the modern farming methods I have learnt” said Alexia Mukamusoni. “I have changed in that now I save, and cooperative members save. We have learnt how to divide our income into what to use, what to invest, what to save. Now we keep records, so we know. Each cooperative member now puts in RWF 2000 (US$2.30) per month for health insurance, and we can better pay school fees. Also, the cooperative had no reserves before, now we have more than a million Francs in the bank!”

Some farmers also reported large yield increases, as Felicien Simpunga explained. “Before 2017, I produced 15 tonnes per hectare, but thanks to implementing what I have learnt, my yields have doubled to 30 tonnes in 2017 to 2018. I thank the project for the new knowledge and ways of thinking that has helped me and many other farmers who have learnt from me.” Another farmer Wéllars Ntaganira noted a different change. “Before I just ‘did’ things, but now I ‘think’ about what I do, what impacts my practices will have, and whether they are profitable. I see, I note, I analyse…”

For Eric Kayonga, improving cooperative management was the most important thing he learnt. “Thanks to the project, things have changed for the better. Before, we didn’t know if we made a profit or not, but after training on documentation and record keeping, entrepreneurship and business management, now we write everything down, do our accounts and work together to look for markets. We make better decisions.”

Yves Nicholas Rutagungira, Supply manager at Kinazi Cassava Plant was equally clear. “I have seen big changes in the past two years, with many more farmers producing for us, now they know we offer a fair price. And it is very good to have multipliers in our partnership, so farmers have access to improved varieties, because we need quantity and quality. This has also shown me that to guarantee supply, I have to work with farmers as partners and not just as producers to buy from. And the most important thing is that I have learnt how to work with farmers.” This view was mirrored by Révérien Ndatemungu from the Savings and Credit Cooperative. “Coaching in partnerships has proved very important for us to be able to work better with our clients. We all now understand our roles – the bank, multipliers, producers and buyers.”

CDAIS has not only brought this diverse group of stakeholders together to solve their common problems, it has also designed capacity building modules that address the equally diverse interests and needs amongst the partnership. And now they want to formalise the partnership so that they can carry on working together after the project ends….

“I am now more self-confident and so are our cooperative members. This helps us negotiating prices, and in going to banks to get credit which we did not dare do before.” Alexia Mukamusoni, cassava farmer and president of the UbumweMbuye cooperative, Ruhango