HONDURAS – A Story of Change on beans

“The empowerment of our organization was important, to realise our potential to access to finance, markets and to make bean cultivation more productive” expresses Moises Acosta, vice-president of the Honduran Seed Producers Network, “and the bean value chain is now being strengthened and made more sustainable.” He is one of the producers who CDAIS and partners work with in Olancho department, with results that are now being replicated across the country.

CDAIS began supporting innovations and partnerships in Olancho in November 2016, bringing together various actors involved in the growing and selling of beans. And early success quickly spread, explained Nancy Lara Smart, project manager of Agrobolsa, involved in bean marketing. “Working with the bean partnership in Olancho, CDAIS helped the establishment of the the first departmental committee for beans, and their leadership and experience as promoted through some of its members and strategic allies, led to the creation of other department committees.” And with support in structuring its strategic plan and a development plan, integrating various producer organizations, led to an initiative that has started to structure the bean chain nationwide.

“With the help of CDAIS, we realized that we can work together to strengthen capacities so that producers can become more innovative and generate more income.” Wilson Inestroza, regional technician of the Ministry of Agriculture and Livestock’s Directorate of Agricultural Science and Technology (DICTA), in Juticalpa, Olancho

The national importance of beans

Beans are one of the most important crops in Honduras. With high levels of protein, iron, vitamins and minerals, beans play a significant role in nutrition and health, and beans are the second most important crop after maize in terms of cultivated areas and total yields. In Honduras, about 105,000 hectares are sown with beans each year (or 150,000 manzanas, the local unit of area equal to 0.7 ha), with a total national production of 180,000 tonnes (or 1.8 million quintals), representing an average yield of 1.7 t/ha (or 12 quintals per manzana). And Olancho is one of the departments that produces the most bean, a reason why CDAIS identified this area for strengthening partnerships. 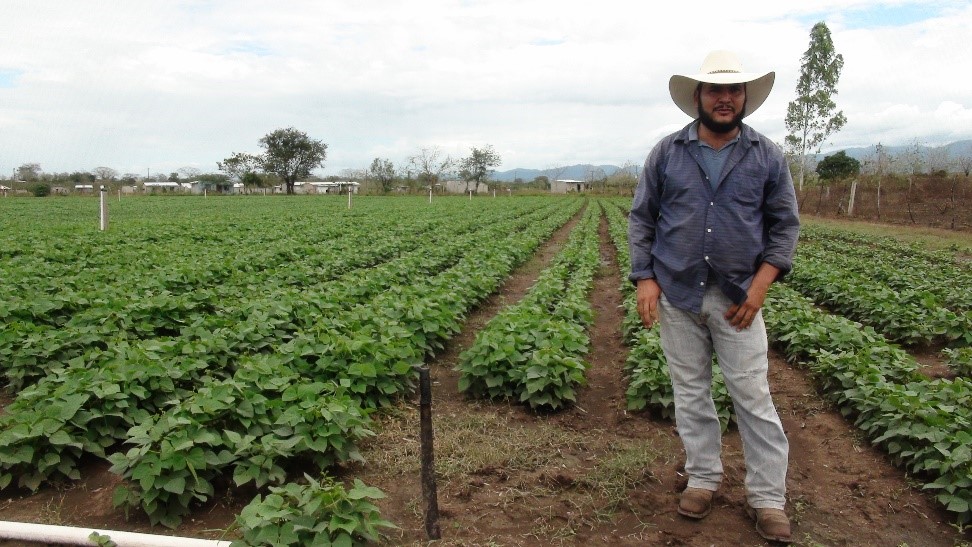 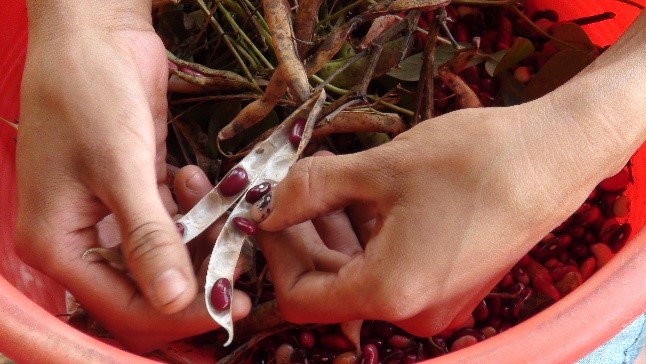 “Organization creates relationships where we all win” Milton Flores, Prolancho

“CDAIS has facilitated our linkages to markets and financial entities. On our own, we have many difficulties in accessing credit – but together and organized, we can use other strategies to achieve lower rates and cheaper inputs” says Edgar Humberto Maradiaga, a partner of the Jamasquire community credit and savings company. A participant in the bean chain, he also remarked, “With the support of CDAIS, we identified our needs for strengthening our capacities. And this has included activities where we share and acquire knowledge and experiences in a space of reflection, collaboration and teamwork. Now we are making our bean crop more attractive and more profitable, with the added hope that farmers will stay and work in their fields and not leave the country for a risky hope of a better life north of here.”

Starting from ‘spaces of reflection’, the partnership built a joint vision based on participatory aspirations of those involved. This allowed them to better face challenges, such as maintaining or expanding areas sown, and improving productivity and quality. But importantly, they strengthen their competitive capacities to participate in the market. A new partner Gustavo López, professor at the National University of Agriculture (UNA) in Catacamas, Olancho, affirmed that “they observe, and live their organization as they see that it favours them, and feel that they are supported in spite of their problems because they have strengthened their own capacities. Another important achievement has been to see new links between the state, producers, input and finance suppliers, who share experiences, problems and solutions.”

Between October 2016 and January 2017, through this initiative to develop capacity building in agricultural innovation systems, CDAIS identified and brought together the main actors that would form the bean partnership in Olancho, now comprising 30 members. They themselves decided their training needs, and in parallel, made the decision to structure their organization in a better way. And, from this self-developed initiative and sectorial chain diagnosis, they proposed a strategic plan that would culminate in the confirmation of a national level bean structure. They there are six departmental committees and a representation of national delegates who manage the space between state authorities to promote public policies that propel their agro-business vision.

Each committee’s general assembly then selected delegates to represent them at national meetings, convened by producers and coordinated with the government to address the national strategic plan for beans 2017-2021. In the meetings, each point to be resolved is evacuated in the short, medium and/or long term, we practise the culture of not improvising, so everything is planned to achieve the results that the Committee has proposed. The organization is integrated by the sectors of production, cooperation-academia, public sector and marketers. Each link has its path, counted among its strengths with fertile land, water sources, productive capacity, values of perseverance, business technical experience, knowledge, information technologies and communication.

“This consolidation of the bean chain has opened up spaces where we can support each other, benefitting more producers and promoting economic development.” Milton Flores, Prolancho

Challenges and next steps

The Olancho Bean Chain Committee partnership’s ‘coaching plan’ is now developed and confirmed. When implemented, it will strengthen the competence, confidence and capacities of actors in the value chain, and ensure the success of innovation efforts that were based on the capacity needs assessment made at the outset. Thanks to the capacity need assessment, actors of the different links in the bean chain became fully aware of their strengths and weaknesses. And thanks to CDAIS, they have since, building on this, developed a strategic plan with a logical framework methodology to help them realise the potential of their strengths and overcome their weaknesses. And the interventions to come will also strengthen organizational as well as productive capacities, based on the priorities identified in the CDAIS intervention plan. But more than that, they will support, in addition, other departmental chain committees and those at the national level, meaning that impacts will far exceed those originally envisaged.