LAOS – A Story of Change on cattle production

Smallholder farmers the world over like to raise cattle if they can and those in Lao PDR are no exception. “Cattle are our savings bank,” says Mr Phokham Keomanivong, a member of the Ban Keun cattle production group. “If you need money for an emergency or a special event like a wedding or a funeral, you can always sell a cow. “As much as they love their traditions, Ban Keun farmers see the need to change their practices, and CDAIS is helping them do just that.

The Ban Keun cattle group started in 2009 with 22 members who collectively held 85 hectares of pasture land and had about 400 cattle in total. Members pay a one-time membership fee of 50,000 Kip (about US$6) and elect a Board of Directors to manage the group’s affairs. Over the years, the group has grown to 63 members with 1,000 head of cattle in 2016 when CDAIS began working with them.

“In the past, we had only limited technical training. Now CDAIS is helping us learn more about the business of raising cattle and how we can manage our group better.” Souvath Ketsatha, Chair of the Ban Keun cattle production management board.

Farming in a changing landscape

Farmers everywhere have to adapt to changing circumstances. In Laos, the government only began opening its borders to trade and commerce in the late 1980s, but the pace of change has been steadily increasing ever since. Incomes are higher, more people are living in cities, and hydropower development and foreign investment are changing land use patterns across the country. The good news for farmers with cattle is the increased demand for meat and more supportive government policies. The bad news is that traditional methods of raising cattle are becoming uneconomic and there is growing competition from large-scale commercial cattle raising operations. “We have had many technical training projects in Laos,” says Khamla Thammachak, a CDAIS facilitator who works full-time at the Department of Technical Extension and Agro-Processing, a CDAIS partner agency. “What farmers are asking for now is help with skills in management, marketing and connecting to value chains”.

During the CDAIS participatory capacity needs assessment in December 2016, members were very happy that, “CDAIS facilitators made sure everyone at our meeting got a chance to express their ideas,” as one member said. A particularly sensitive issue emerged, around a livestock loan agreement initiated by a former high-ranking government official and a large Lao company. The company provides Brahman-Thai cross-bred cows to farmers who then pay back in-kind with calves. “Usually in three years we can give back to the company two calves and then the cow is ours,” says Mr Somsavang, a member of the group’s Board and owner of ten cross-breed cows. “But they require a lot more care then our native Lao cattle and need special feeding. Also, the company was not collecting their calves when they said they would and we had to continue to feed and care for them,” he explained.

In the CDAIS needs assessment dialogue, some members wanted to raise their concerns with the company but some of the government actors were reluctant to do this because of perceived ‘political sensitivities’. “At first, the company representative was defensive but thanks to CDAIS facilitators we were able to have a good discussion about the problems and could agree on a solution,” says Bounkong Chandala, Deputy Chair of the group’s Board. The company then confirmed they would collect their calves according to the agreed schedule and take back cows from farmers who were struggling to provide the required feed and level of care. “CDAIS showed how we can talk about sensitive issues and find a solution that meets everyone’s needs,” says Souvath Ketsatha, the newly elected Board Chair.

“Helping the group develop a one-year action plan was the next step in the CDAIS process,” says Khamla. “We go year-by-year because the idea of action planning is new to the group and this is a learning-by-doing process. We want them to change the plan.” Action planning has given the group a new lease on life. The members have identified three ‘hotspots’ they want to work on, growing more fodder, breeding, and getting more benefits from selling their cattle. As groups members explained, “The CDAIS facilitator showed us how to break down the problem into steps and we can see more clearly now what we need to do.” The clarity in planning is paying off and as their management capacity increases the general membership is getting more involved. 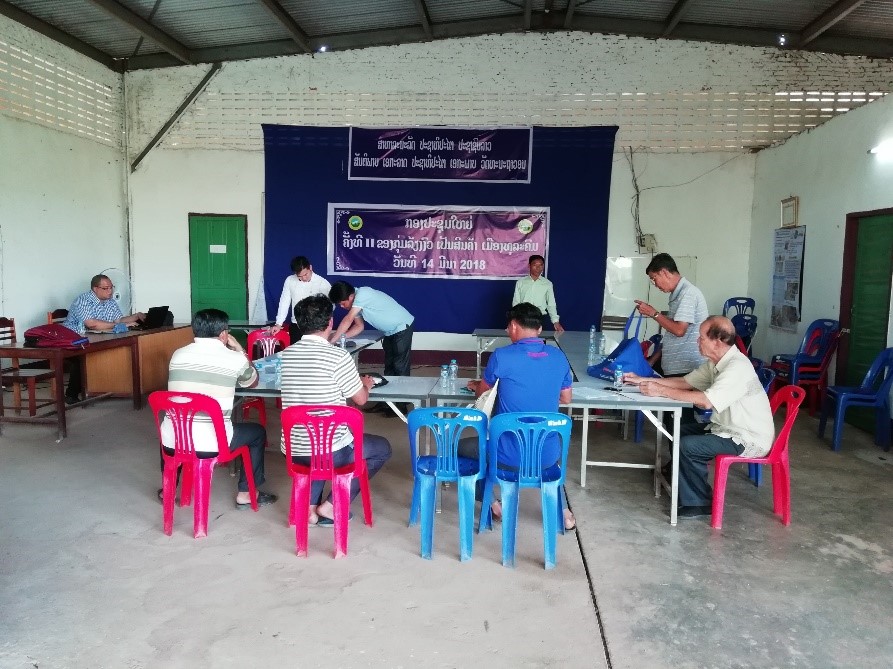 As part of their action plan, the Ban Keun group wanted to produce more fodder grass and wanted to buy a tractor to cut and transport the fodder. “They kept asking me if the project would give them money for a tractor,” says CDAIS facilitator Khamla. “I explained to them the project does not work like that, and tried to focus them on brainstorming solutions and help them develop the capacities they need, such as calculating costs and benefits and developing a business plan. They have a good case for buying a tractor but they have to figure out how to pay for it. Eventually I think they will put this in their action plan but it is up to them. That’s how CDAIS works.” 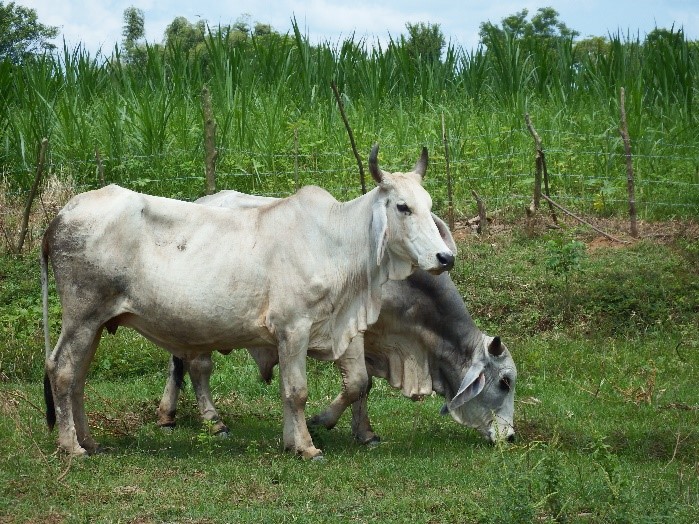 “Before we worked with CDAIS, government and NGOs would come to us with their plan but CDAIS helps us make our own plan.” Souvath Ketsatha, newly elected Director of the group’s management board

The Ban Keun group faces many of the same challenges as cattle raising groups in other parts of the country. Available pasture area is shrinking due to land use change, and cultivating fodder grasses like napier grass and Congo (or ruzi) grass means learning new techniques and practices. To deal with these issues, the Ban Keun group is negotiating with local authorities to protect land for community grazing by officially ‘zoning’ identified areas and setting up a revolving fund for medicines and supplementary feeds.

How to make more money from their cattle is another challenge. The group is looking for training to help members improve cattle feeding practices, how to improve grassland quality, how to organize a feed market, and how to coordinate with NAFRI and the government extension services in order to obtain grass seeds and technical support. Once the group decides what they want to do, CDAIS provides backstopping support for activities such as their planned study tour for 25 group members to visit Phonexay District in Luang Prabang Province to learn how to grow and collect fodder grass seed, how to feed and fatten cattle using silage and concentrates and animal health care, as well as management of herds and their farmer group.

“CDAIS is helping us manage our group more professionally. This is important because we want to make our group into a cooperative in the future.” Souvath Ketsatha, newly elected Director of the group’s management board

With support from CDAIS National Innovation Facilitators, the Ban Keun cattle raising group have strengthened their leadership capacities and with their new confidence are planning to transform the group into a cooperative. As a cooperative, they could expand their membership and earn income to provide services to a larger number of smallholder farmers – and buy that tractor they so badly want.

Perhaps a more challenging issue has to do with the ‘tradition’ of cattle raising. Many group members, while not wealthy even by Lao standards, have sufficient income from other farming and off-farm activities that they have no pressing economic need to commercialize their operations past a certain point. To do so would require more investment, time and effort. But as Mr Somtavong says, “We love to raise cattle. It’s our tradition.” And with support from CDAIS, Ban Keun cattle raisers are building on the that tradition with an eye to the future.