“Before, people were not really interested” says Lionel Ozorio, president of the ATESCATEL seed cooperative, “but CDAIS has helped to bring people together and now we see much more buy-in.” This innovation partnership is building key functional capacities amongst producer associations, and now, bringing other stakeholders onboard to help improve nutritional security through innovative approaches in promoting a new bean variety with increased production potential and nutritional content. “And now we are getting the message across in better ways through improved dialogue with a much wider range of actors.”

The ‘dry corridor’ is a region of Guatemala that covers part of the departments of Baja Verapaz, Zacapa, El Progreso, Jalapa, Chiquimula, Jutiapa and Santa Rosa. It is vulnerable to drought, and in some parts, communities lack food security, with a high level of extreme poverty. Malnutrition is a significant problem, especially amongst young children and their mothers. The traditional diet in Guatemala and throughout much of Central America is based on maize and beans, and as diversifying this has proved problematic, increasing the nutritive value and yields of these crops is seen as one of several approaches.

“CDAIS doesn’t tell us what to do, but how to help ourselves to get what we want and need” Willín Morán, farmer and representative of the APALH producer assocation, Atescatempa, Jutiapa

Introducing and promoting new crop varieties is notoriously problematic without the involvement of a wide range of stakeholders. For this reason, in 2016, this initiative was selected to be one of the country’s CDAIS innovation partnerships, continuing the work that FAO had started with the ‘Seeds for development’ programme, strengthening the ability of smallholder associations to produce certified seeds. The partnership is also complementary to other initiatives that are working towards the same goals, such as the ‘Biofort’ platform that aims to create permanent collaborative links between the public and private sector, civil society and farmers, to improve the nutritional quality of food production in Guatemala, in order to increase the food and nutritional security of the most vulnerable populations in a sustainable, efficient and participatory manner.

The partnership is developing into a network of producer associations, increasing the production of high quality beans that contribute to food security in the region. For Willín Morán, a APALH representative, it is very important to focus on improving the nutrition of pregnant women. And this would then have valuable impacts not only at the nutritional level, but also at the cognitive level, given that a large part of the learning problems identified in Guatemala are closely related to nutritional deficiencies.

The ATESCATEL and APALH cooperatives and the two producer main actors of the niche, started growing a new improved bean variety in 2016 called Chortí (ICTA ChortíACM), which was developed by CIAT (the International Centre of Tropical Agriculture), HarvestPlus, and ICTA, the national agricultural research institute. This variety of Phaseolus vulgaris bean was bred to have increased resistance to drought, mosaic virus and other pests – but most importantly – it is richer in iron to combat high levels of anaemia especially amongst mothers, and zinc that also helps with improved absorption of other minerals. 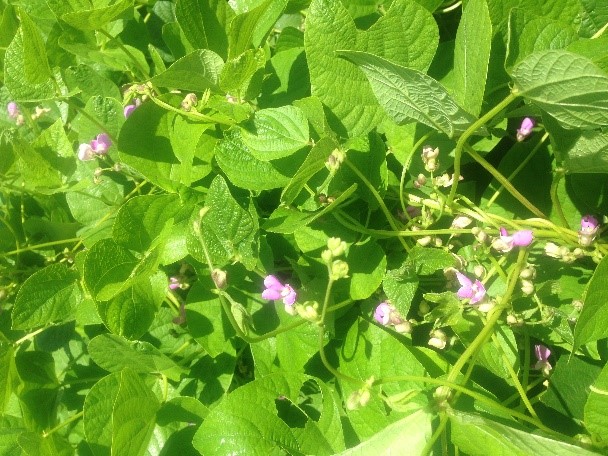 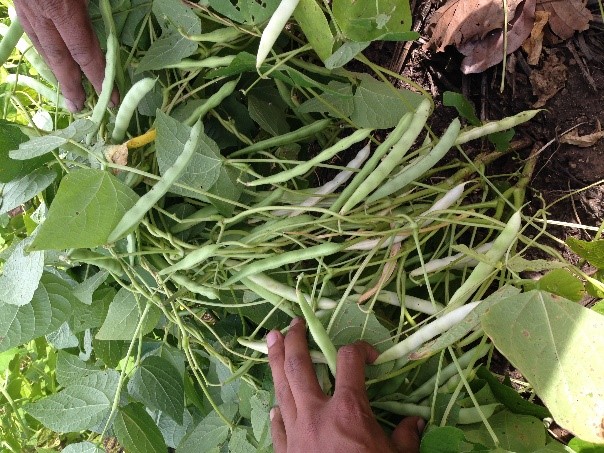 Both producer associations are leading seed producers in the region. They pay farmers a fair price for seed produced and build technical capacities. Initial work by CDAIS showed that stakeholders identified the importance of strengthening the entrepreneurial capacities of producers at individual and organizational level, and the need to reinforce the collaboration spirit of producers, and a good market strategy to promote this added-value variety of beans. They also identified other partners, like Semilla Nueva, an NGO that collaborates with communities and governmental agencies to develop and expand the use of ICTA Chortí beans. As Julio Portillo from ATESCATEL said, “Knowledge needs to be updated. Nothing is static in life.” 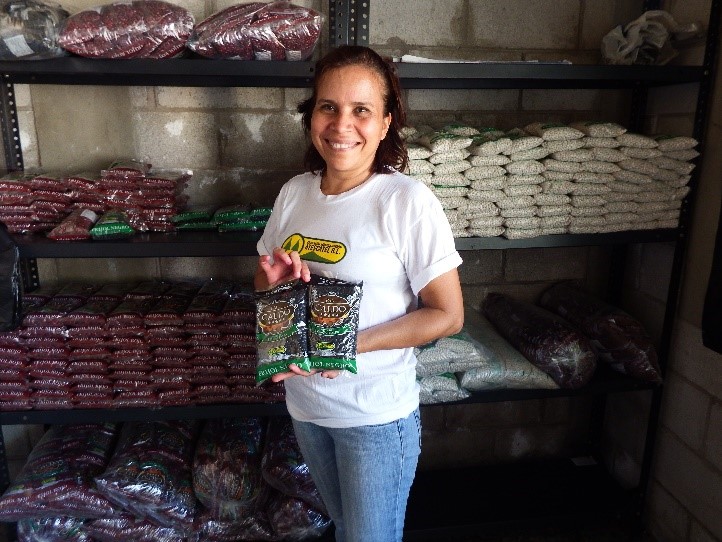 “The CDAIS project doesn’t bring us machines, but it brings us new opportunities to open doors, to new markets, to teach people – but more than that, it opens doors in our minds.” Karina Hernandez, vice-president of the ATESCATEL seed cooperative, Atestecampa, Jutiapa

Willín Morán, representative of the APALH producer assocation, explained that they started growing the Chortí bean for improved nutirition and better yields. “It proved to be well adapted to local conditions, with yields in the region of a very respectable 2.5 tonnes per hectare (35-40 quintals per manzana), and in 2017, we negociated a better price compared to other varieties. The new Chortí variety is more adaptable and marketable, less demanding than traditional varieties – with less waste, and better taste.” Walter Palma of the seep cooperative ATESCATEL, added, “Since we started working with CDAIS at the end of 2016, we have improved how we work with others, locally and nationally. In 2016, sales were zero, but in 2017 our 84 members produced almost 10 tonnes (200 quintals), for their own home consuption, with ten growing the bean for sale with seeds fetching about US$2/kg (Qzl 7/lb). 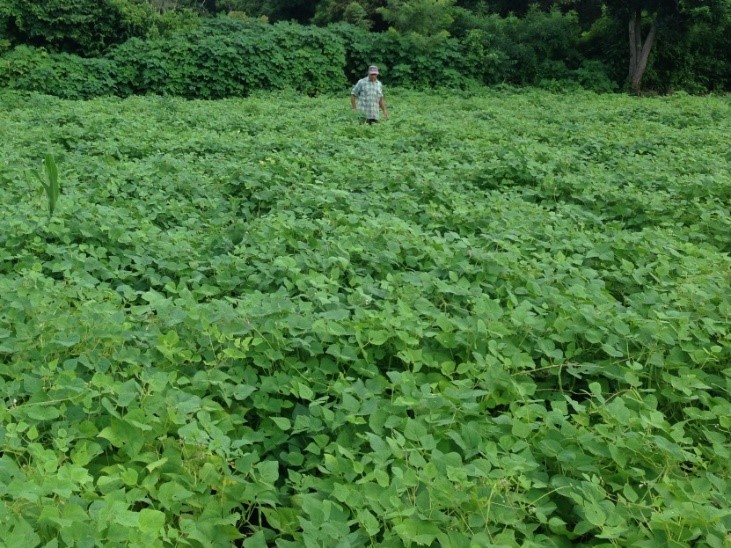 “CDAIS is different because it promotes inter-relationships, between the ministry of agriculture, extension services and local government – and between producers and consumers.” Walter Palma, member of ATESCATEL, Atestecampa, Jutiapa

From plans to action

The first planned activity agreed by all actors of the bean innovation partnership, drawn from their coaching plan, took place on 16 April 2018 in Atestecampa, a small town a few kilometres from the El Salvador border in the dry south-east of the country. It brought together 22 participants including six women, four from the local health services, two government agricultural extensionists, farmers and seed cooperative representatives, as well as the CDAIS team. Ena Salazar from the local health centre explained that the problem isn’t poverty per se, but the impacts of children’s retarded developed due to the lack of nutrition, adding that “We were unaware of this initiative before today” but are grateful for this opportunity, and will now take this knowledge onboard in our efforts to change attitudes towards the need for better nutrition.” Another partner was the NGO Semilla Nueva (‘new seeds’) that sits on the national ‘Platforma Biofort’, and Victor Albacan, who had just joined the activities, expressed a strong interest in the partnership’s methods to disseminate new knowledge on this new variety. Karina Hernandez, vice president of the main seed cooperative, said “This was such a great meeting today, that has helped us to ‘spread the word’.” Jorge Sazo, agricultural extensionist for the Ministry of Agriculture and Livestock (MAGA), added “I now see the benefits of the inter-institutional approach promoted by CDAIS and this is clearly the right way to go – because together, we can cover many more different aspects and achieve much more.” 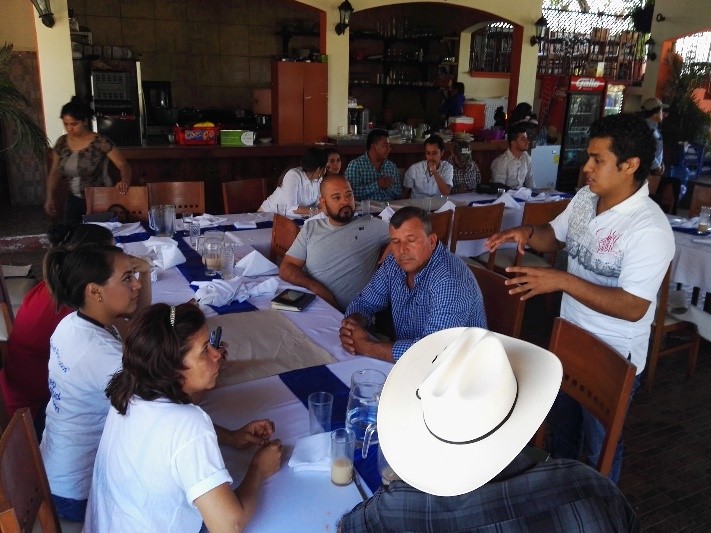 The government could play a much more important role in promoting the planning of production and sales, based on new alliances between the public and private sectors through coordination with seed companies, to plan annual seed production for example. And this is just the sort of issue that will be picked up by the CDAIS policy dialogue processes to follow. At the national level, more efforts are also required that focus on market strategies, since local people tend to prefer larger-seeded traditional varieties over new types with smaller seeds, as bigger is not always better…, as well as improving their ability to secure new markets. And as Willem Maren concluded, “This is a new approach and I feel satisfied with the progress so far. But we still have much to do.”