Organic certification takes root, thanks to everyone working together

“Thanks to the money I earn from producing organic vegetables, this helps with the costs of schooling my children. I also feed my family with healthy food, and don’t buy any vegetables at the market anymore” says Clarisse Ilboudo, a farmer in the Koubri women’s group, Kadiogo province, Burkina Faso. The Koubri women group is supported through ‘Bio SPG’, a national organic agriculture label based on a participatory guarantee system approach, supported by the CDAIS project as one its innovation niche partnership.

The Burkina Faso Bio SPG (Systeme Participatif de Garantie – Participatory Guarantee System) label is one of the first national organic labels in West Africa. This approach to organic production and certification is an innovative system supported by the CDAIS project. The main stakeholder in this value chain is the National Council for Biological Agriculture (CNABio), that oversees organic certification using this ‘SPG’ methodology.

“Food is a weapon. It is the deadliest weapon ever. That is why I invite the various stakeholders in agriculture and the media to work together for the better promotion of organic agriculture of which the SPG is one of the keys.” His Excellency Le Larlé Naba Tigré, government of Burkina Faso

The participatory system approach of guarantee is an innovative process for organic labelling that includes many stakeholders in the value chain. This ensures that there is better ‘ownership’ and thus a greater respect for the standards, characterised by participatory and multi-stakeholder processes. Certification is coordinated by different structures at three different levels.

When a farmer decides to follow the certification process, all groups are involved, with control of practices in the field made by the GLC, and the final decision for the certification given by the CCC. And because so much farming in Burkina Faso is characterised by excessive and non-regulated use of agrochemicals, organic agriculture is already an innovation in itself. But the SPG process goes beyond certification by engaging local peer groups in the whole process.

Accompanying producers on the road to certification

Clémence Samba is employed by CNABio and became a facilitator for the CDAIS project. She has been supporting the certification process of the Watimona association (literally “come, it is all good” in the local Mooré language). And this also enabled the establishment of an active women’s group. Sitting under a mango tree, Ima Abdila, Watimona coordinator for organic production, tells the story of how they got involved in the CNABio organic certification process, up to when they received full certification in October 2017. “Our president had heard about CNABio and certification and she told us about it. At the beginning, we were not really sure because we could not see the real interest. Afterwards though, we realized that it would not change our ways of working, but it would strengthen them, and help us to be able to better sell our produce.”

A workshop was held on 9 October 2017 at the Ministry for Agriculture, Ougadougou, that oversees the BioSPG certificate and guarantees the organic integrity of products from certified farms. On that day, 16 organisations including Watimona received their certificates. This workshop was entirely financed by the CDAIS project, and that aimed to give wider visibility to consumers for certified organic products. The weak involvement of national and local authorities so far has slowed down the development of organic production, so it also communicated this innovation to stimulate authorities’ support and promotion of organic production. This activity is part of capacity strengthening within partnerships to better influence strategic and political process, and to strengthen their capacity to collaborate. A total of 90 people attended, representing political and traditional authorities, technical services, NGOs, research institutes, consumers and those involved in CNABio. This event benefited from wide media coverage (on line and audiovisual) and it was also broadcast on the national TV news. A representative of the Burkina Faso government, His Excellency Le Larlé Naba Tigré, gave the audience a powerful testimony. “Food is a weapon. It is the deadliest weapon ever. That is why I invite the various stakeholders in agriculture and the media to work together for the better promotion of organic agriculture of which the SPG is one of the keys.”

Challenges to organic production and certification

Many producers do not engage in organic certification because of strong competition from conventional producers, and they fear not finding avenues to sell their produce. In response, CNABio accompanies and reassures new members by confirming the opportunities of selling at higher prices, and by strengthening links between producers and consumers. Clémence Samba highlights the public webpage of the CNABio website that gathers together all the markets for organic products. “We have a lot of consumers who ask about where they can buy organic fruit and vegetables. Listing all the producers and giving them more visibility is one of our missions. In this way, consumers can also come and buy directly from certified organic farms.

“Commercialization is a challenge. This is why the CDAIS project supports CNABio. We need to strengthen our capacities to structure our partner’s network and give more visibility to organic agriculture.” Clémence Samba, CDAIS facilitator for the SPG innovation partnership.

Mrs Ibouldo Clarisse is an organic farmer, and also vice president of the Koubri women’s producer group. Before becoming an organic farmer, Mrs Ilboudo use to sell her conventional vegetables at the market. “My organic vegetables are a bit smaller so it is hard for me because for the same price, consumers want more vegetables. But my vegetables are healthier!” Thanks to the extra income she now earns, Mrs Ilboudo can better support household expenditure, and in particular, with the costs for her children’s schooling. She also feeds her own the family herself with what she produces. 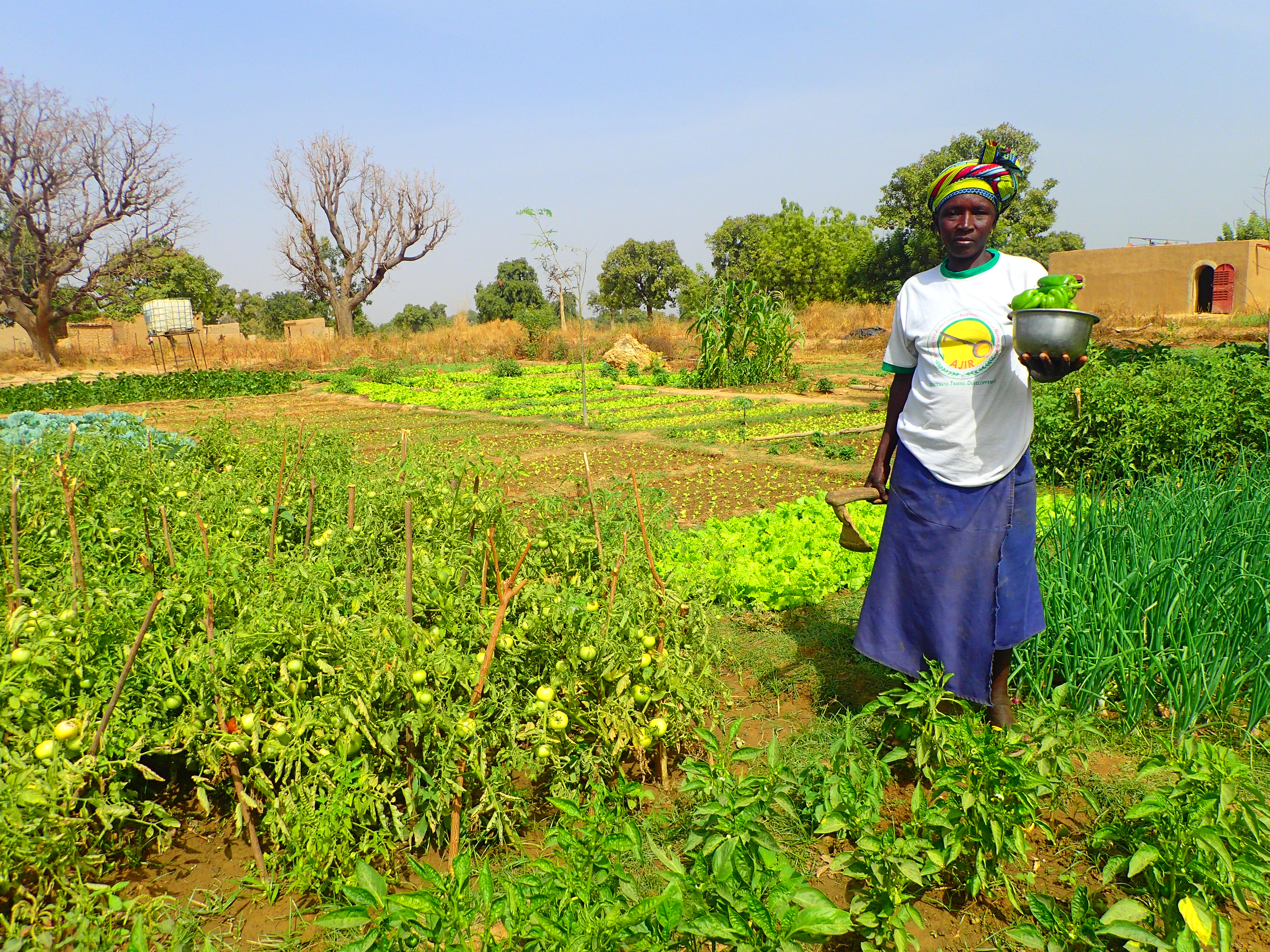 “Today, I am happier because I sell my own organic produce, and I know it is of better quality.” Mrs Ibouldo Clarisse, farmer and vice president of the Koubri women’s organic producer group.

Around 20 women farm in this area, but only half of their land is cultivated because of the lack of water. Watimona want to install a larger water pump and invest in a more advanced irrigation system including the construction of two new storage tanks. But even before this, other solutions are being tested and implemented such as the use of buried earthenware jars. More than financial and technical support, Watimona is also a consumer, as the association itself buys around 30% of the group’s production to supply the local school canteen…and where some of the producers’ children are studying!

“We still have a lot of work to do on raising awareness and increasing knowledge amongst consumers and authorities that are not seizing the opportunity of organic agriculture. That is why we will soon launch a radio programme to target a new public” explains Clémence Samba. Advantages of organic food on human health are not well known in Burkina Faso, and more support from research and the effective diffusion of results are needed to help scale up the SPG and the benefits of organic agriculture.

During a capacity needs assessment workshop for this innovation partnership at the beginning of the project, CDAIS helped stakeholders to voices their issues, needs and concerns. Lack of collaboration and concertation amongst stakeholders was highlighted, and as an answer, involved stakeholders spontaneously began to provide answers without waiting for further CDAIS interventions. As a result, a monthly meeting of organic producers was established in Ouagadougou and this gave birth to the idea of organising a market place of organic produce where the women from Koubri will participate.

Farmers spoke with one voice. “We hope we will be able to produce much more on our farms, because we see that the technical practices are effective. Before, we used to have poor soils and problems with the growth of our crops. Today, we see that organic farming gives better results, so we want to keep producing and increase our productive capacity.” 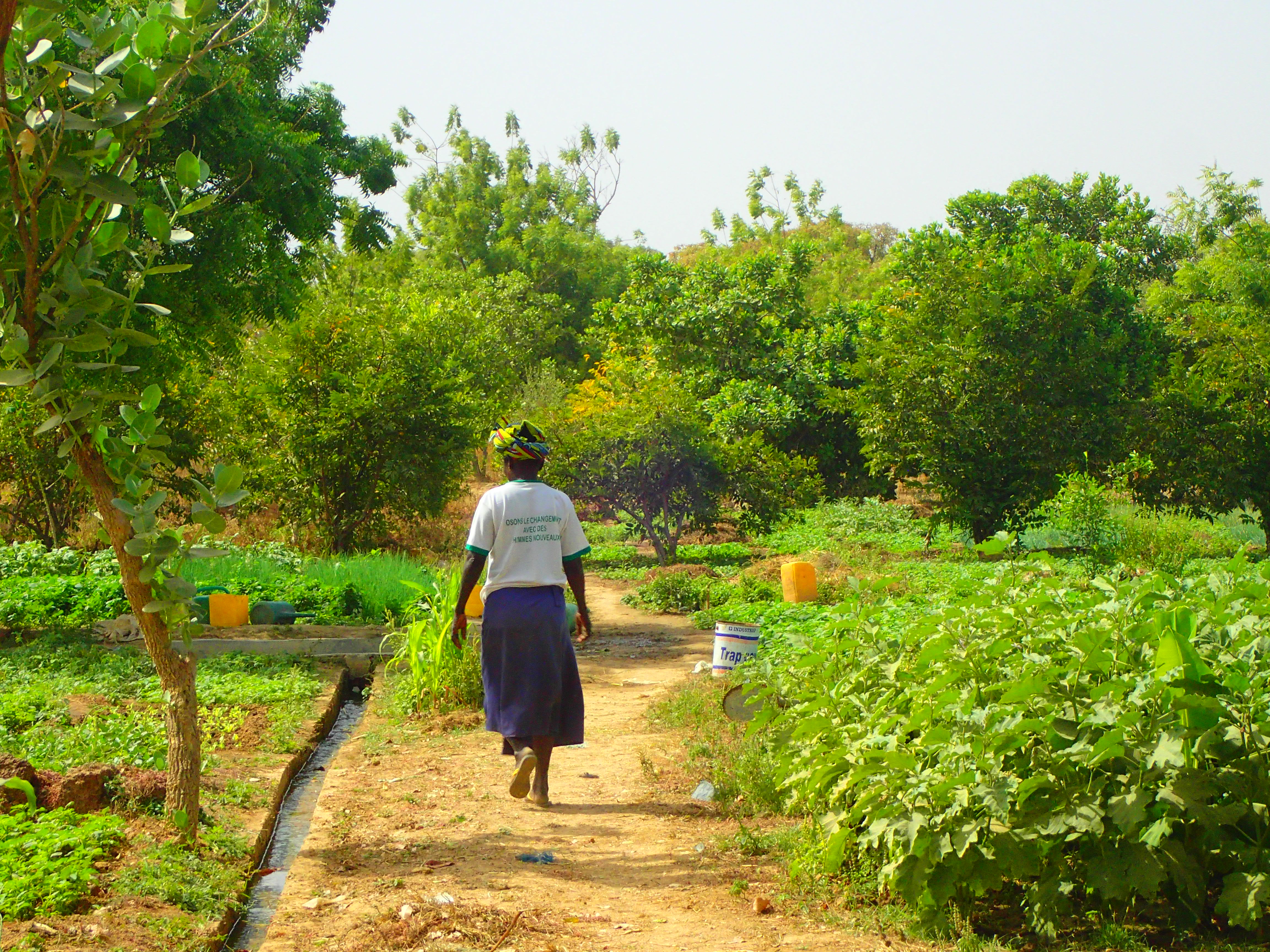