To ensure food security, farmers must have access to quality seed, in adequate quantities. The government of Ethiopia acknowledges this, and has responded by investing in improving the seed sector. However, as this example shows, not all challenges can be overcome by technical training and new technologies alone. A large seed cooperative union was faced with a problem that seriously affected their very existence. And the solution was not technical. CDAIS became engaged, and now they are making concrete steps towards resolving the issue – and which will have much broader knock-on benefits for all farmers in the region.

“The problem is clear”, says Tessema Alemayehu, head of the EDGET seed cooperative union. “The government’s regional quota system means that we have to reserve lots of seed for certain buyers. But not all of those buyers are legally obliged to buy, and if they don’t, we lose!” In 2012, 600 tonnes of seed were left unsold, resulting in a loss to EDGET of 2.4 million Birr (US$88,000). “That was the worst year, though even two years ago we still lost 500,000 Birr ($18,350) through unsold seed. This is not sustainable. But since CDAIS became involved, we came to see the problem much more clearly.” Tessema continued, “Then at the coaching plan workshop we saw what was needed, and at the validation workshop we agreed how key players would support us by lobbying Ministry of Agriculture officials.” 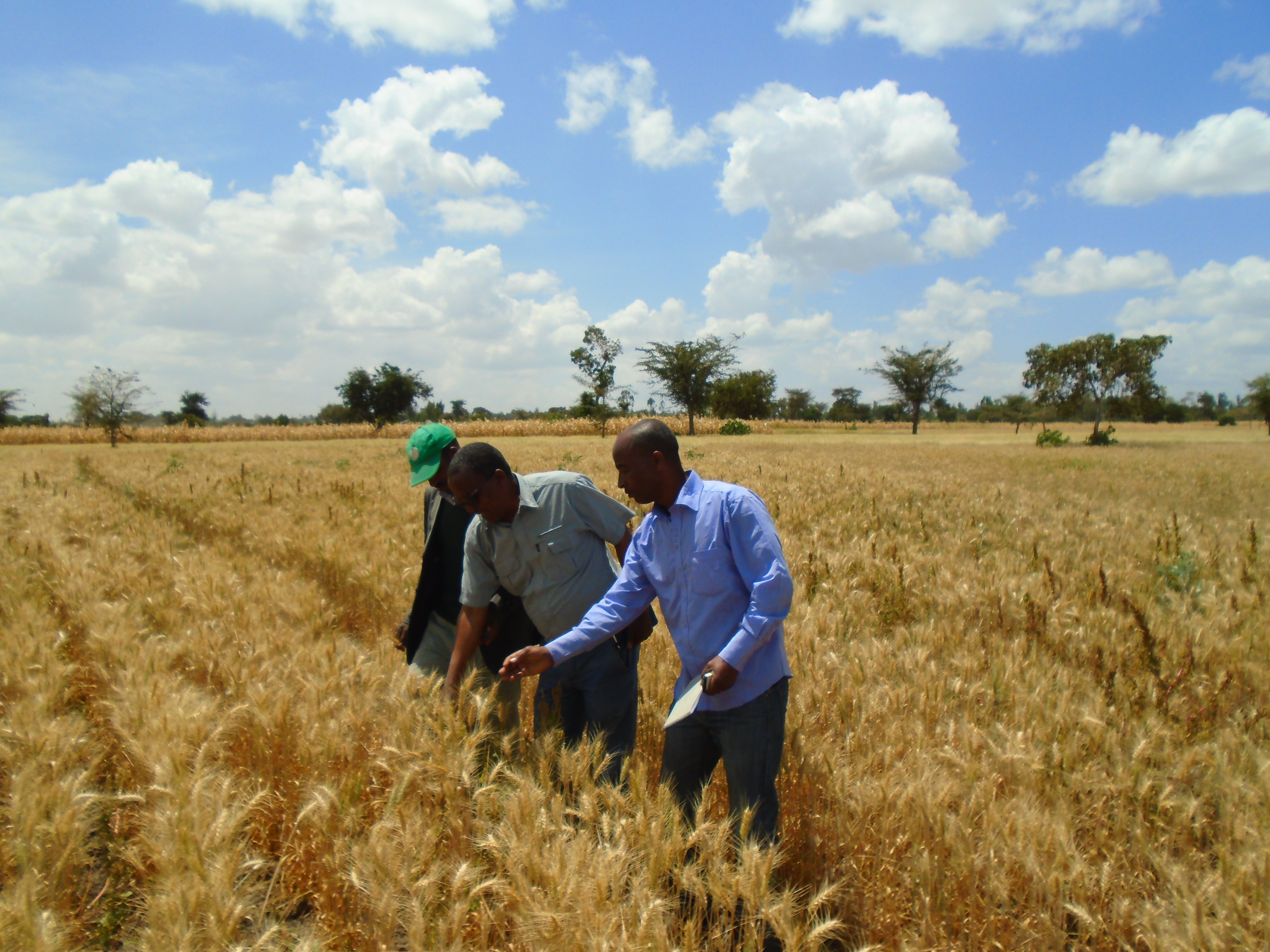 “Thanks to CDAIS, we are now moving quickly towards resolving our problems.” Tessema Alemayehu, head of the EDGET cooperative union

The rise of seed cooperative unions

The Ethiopian government gives high priority to increasing crop production as a means of improving food security and rural livelihoods. As one example, the Growth and Transformation Plan (GTP I) aims to improve smallholder productivity by scaling up dissemination of agricultural technologies. But, despite so much effort, performance has been below expectations because issues in accessing markets, information and technologies have prevented farmers in seizing emerging opportunities, making it difficult for smallholder farmers and traders to take advantage.

Improved seed is an integral part of increasing crop productivity. And although public seed enterprises have played a key role, farmers’ seed demand is not yet met. In response to this, the Southern Regional Bureau of Agriculture and Natural Resources decided to set up seed producer cooperatives, championed by the Self Help Africa NGO. And the Edget Farmer Seed Multiplication and Marketing Cooperatives Union (EFSMMCU) was the first in the region.

Established in 2009 by 12 seed producing cooperatives with a total of 777 individual members, EDGET started with a capital of only 120,000 Ethiopian Birr (US$4,400). Today, it now includes 19 primary coops and 1186 members, employing 13 staff with a control committee and board of directors, working in six woredas (districts), Lanfuro, Silti, Sankura, Sodo, Mareko and Meskan. Buoyed by this success, the region is now establishing more cooperative based seed producers, such as Zereta Kambata and Halaba Holoresenka. 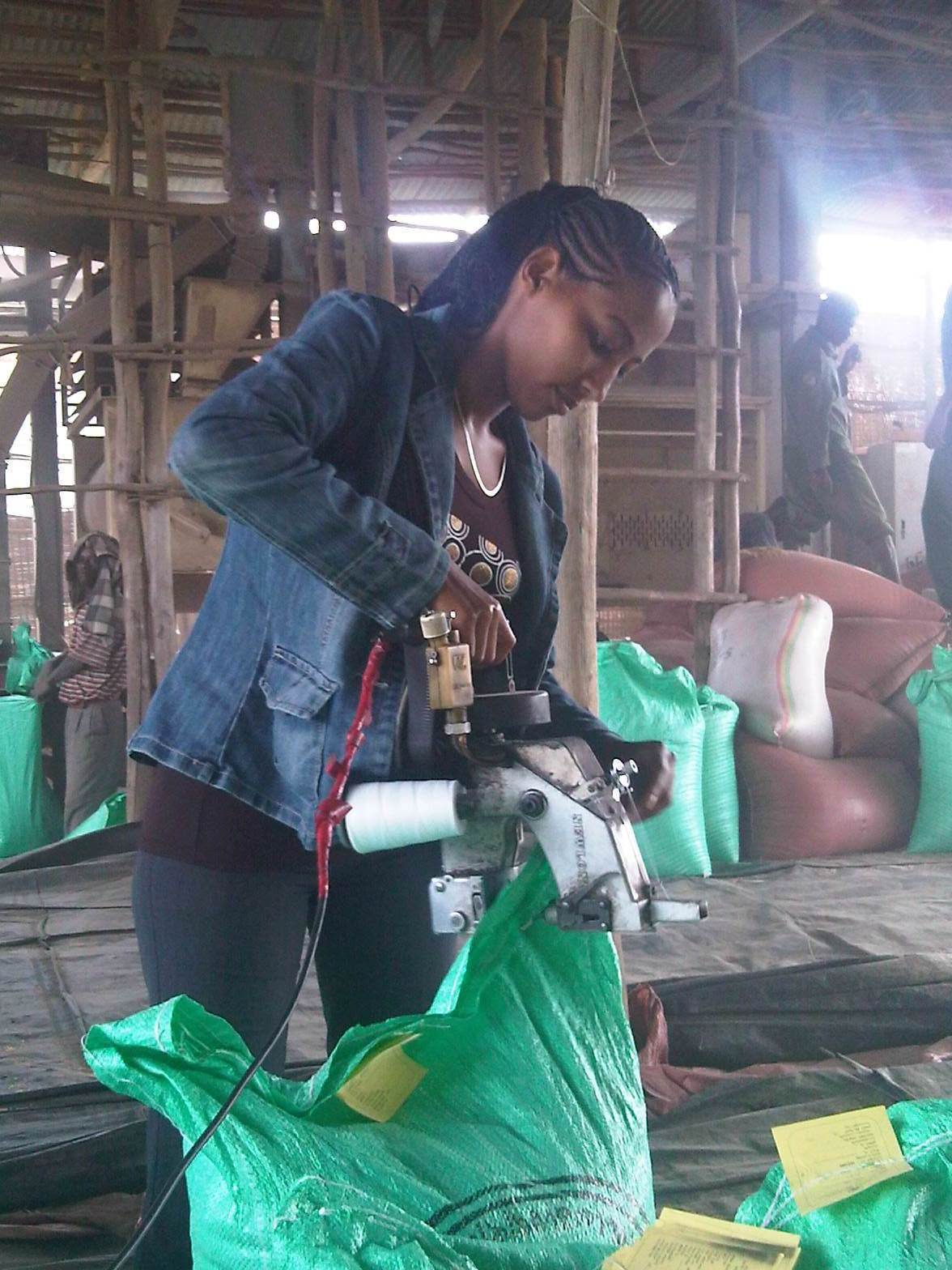 CDAIS is a global partnership that promotes capacity development for agricultural innovation, to make agricultural innovation systems more efficient and sustainable in meeting the demands of farmers, small agribusinesses, and consumers. Since 2015, it supports five target niche partnerships in Ethiopia, one of which is the seed producers’ innovation niche led by the Edget Cooperative Union. Work here began with a capacity needs assessment workshop in March 2017, when the national, legal regulation that limits seed marketing based on the enforcement of a regional quota system was identified as a key problem.

And beside the impacts on hindering the ability of all seed unions to achieve their goals, it also has knock-on effects that prevent the government reaching its own targets. Those in the community seed niche asked CDAIS to help organise more discussions with higher authorities in the Regional Bureau of Agriculture and Natural Resources, the Cooperative Promotion Office, the Southern Agricultural Research Institute, and the Regional Seed Quality Control Agency, and to assist the union in lobbying with decision makers for a change in seed marketing regulations.

The Edget seed production and marketing cooperative union vision is to contribute up to 70% of regional seed demand in the next five years, formulated into the coaching plan. Desta Daniso, Southern Regional Cooperative Promotion Office summed up the issues, and how CDAIS was approaching them. “Cooperatives are trying to increase the capacity of farmers to produce quality seed, to increase output, to increase yield. But there is a problem because they can’t always sell the seed, and that is an issue that technical approaches won’t solve. CDAIS is offering innovative way to address the issue…”

The CDAIS coaching plan process facilitates the building of functional capacities amongst actors in any given innovation partnerships. For the seed niche, a coaching plan was developed in July 2017 by those involved during a workshop in Addis Ababa, specifying priority objectives, key activities needed to achieve them, indicators and actors of change. The coaching plan was then validated at a second workshop in Butajira in November, to confirm what was prepared in July and to update participants on objectives and progress made so far.

Niche facilitator Tegegne Wakoya presented the main coaching plan issues, before stakeholders deliberated on them, and made adjustments and additions. Importantly, they suggested that crucial activities that need to be added including the lobbying of key decision-makers ahead of a regional stakeholder workshop on seed markets, and to prepare a policy paper. The validation workshop was concluded with a show of commitment by participants to sharing roles in key activities. 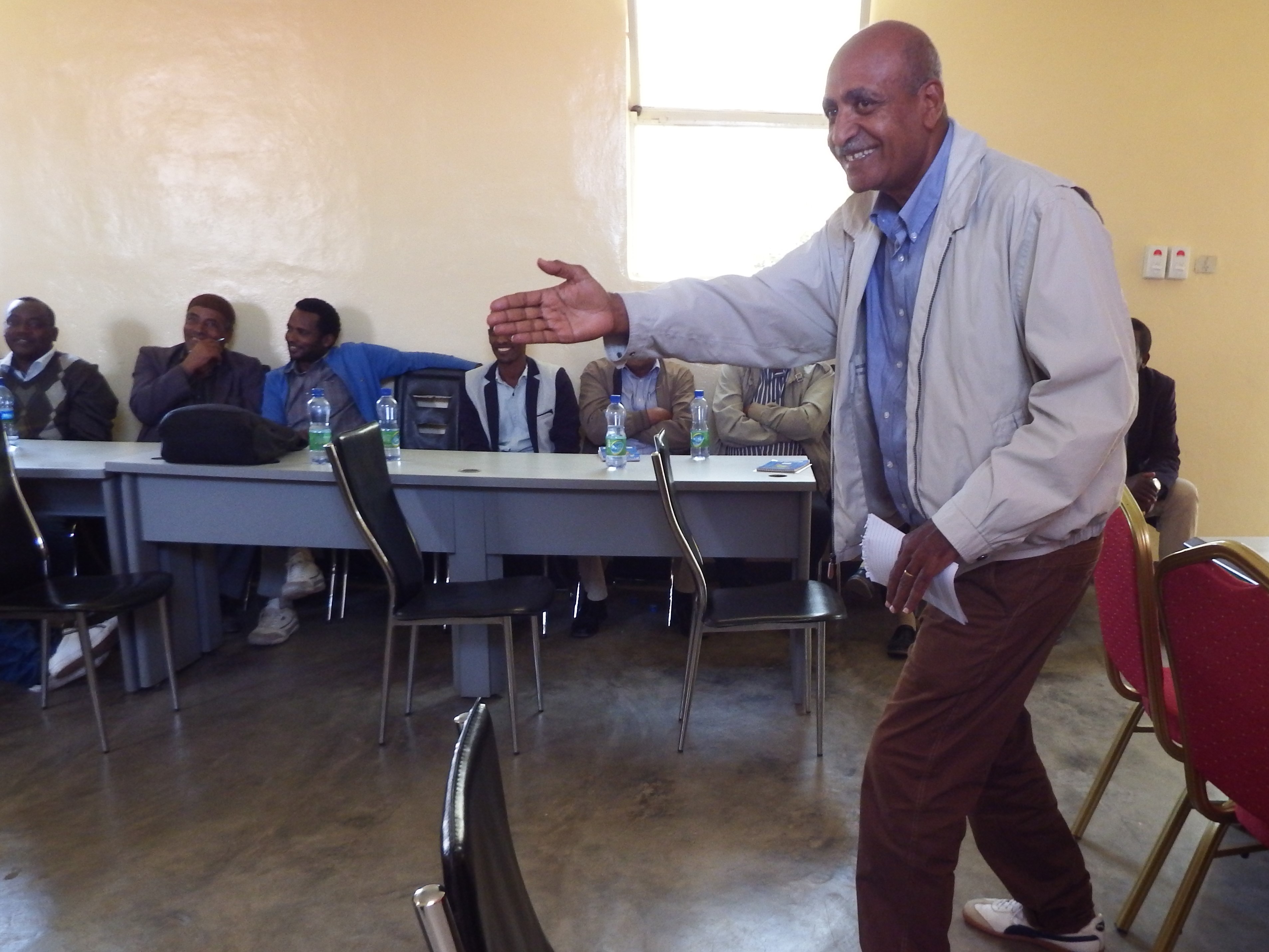 “CDAIS is focusing on how to organise seed marketing actors and how to get them to talk to each other, which is changing the situation more than any increase in technical skills.”

“This problem of seed distribution is not just an issue for this cooperative union – we need to resolve it at the regional level” said Fate Sirmollo. Working for the regional Agriculture Input Quality Control Authority, she added that, “as such, I appreciated this meeting very much as it took us another step closer. When we have achieved the change we want, all seed unions and many more farmers will have access to more and better seed, and which will help us to reach our goals of improving agricultural output and food security.” The next step is to prepare a draft policy document and to begin to lobby ministry officials. And Tessema Alemayehu was very happy about this. “I am enthusiastic about learning how to lobby, and this is helping us a lot. And I am convinced that through CDAIS, this is a very appropriate way to address many of the problems that we are facing, and that are not solved by providing technical support, finance or new buildings.” 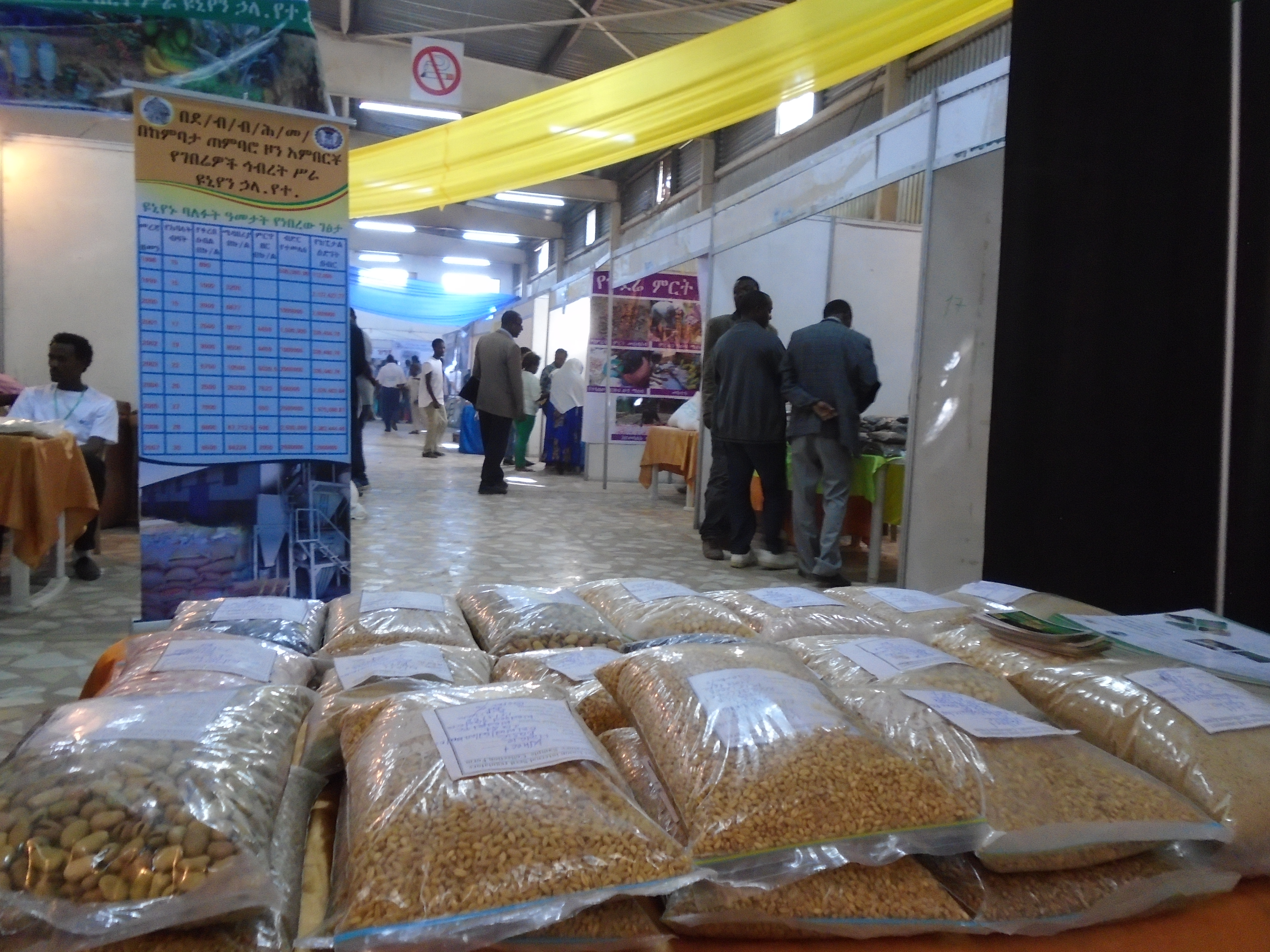 The next stage will be to build on this success and create a regional seed platform so that similar issues can be raised and resolved in a similarly effective and timely manner. And Desta Daniso of the regional Cooperative Promotion Programme made this clear, “The agricultural extension system is limited, though NGOs are now coming in to help. But these new and different actors need to talk to each other, and so, making a platform will really help, and this will be a first as far as I can see.”

“CDAIS doesn’t buy machines or offer credit. But it provides something more, something different that other projects don’t. It builds capacity in soft skills.” Tessema Alemayehu, head of the EDGET cooperative union