LAOS – A Story of change on rice production

“I have seen my income grow since I started farming frogs and fish” says Bounlium Planethavong, “but other farmers need support to adopt the techniques I use.” The CDAIS project identified this innovation that increases and diversifies household income and nutrition by promoting the production of aquatic protein sources. This system is also more agroecologically balanced, re-introducing animals and insects that older farmers remember being once-plentiful in rice paddies… But now, farmers are sharing experiences, making valuable links to service and credit providers, and the first successes are already being seen.

“Our rice fields and surrounding ditches used to be full of fish and frogs, crabs and crayfish, and many types of insects” explains Bounlium Planethavong, head of the aquatic production farmers’ group in Nongkhamhed and Phintai villages, Outhoumphone district, Savannakhet province. “We used to collect them to eat and with enough to sell.” As for the reasons for the dramatic decline in numbers, he considers the main causes to be over-collection and use of chemical pesticides and fertilizers. And although many farmers have since converted to organic production, the damage was already done. Some species are now not found at all, he adds.

In southern Lao PDR, upland and lowland rice are the principle crops for most farmers. Improving the nutrition of rural households through promoting new rice-based agroecological farming systems is a priority of the Lao PDR government, and they supported the selection of this niche partnership by the CDAIS project. One farmer has been leading the way and thanks to support from CDAIS, others are now following his approach. 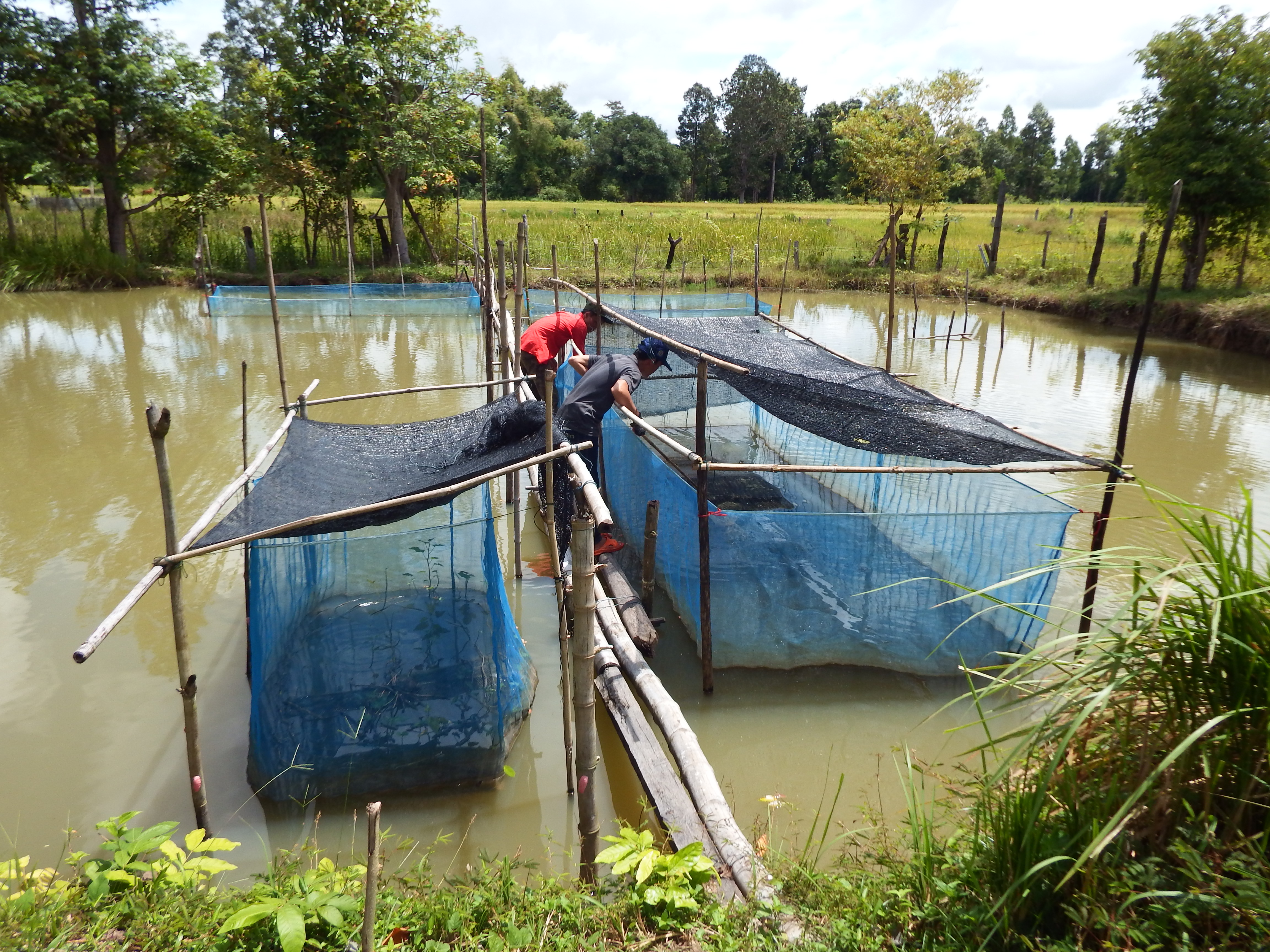 In each of the eight CDAIS pilot countries, ‘innovation niche partnerships’ were selected, and national innovation facilitators (NIFs) were identified to be trained to work with them. Syphachanh ‘Tou Lee’ Vannasy, facilitator for the ‘aquaculture-rice’ partnership, tells his story. “We all attended a training course in September 2016, and I have since used so much of what I learned then. Working with this project has taught me how to better communicate with farmers, and especially, how to help them express their problems and their needs more clearly – not always easy here in Laos – and how they themselves can work together to find solutions. The NIF training taught me how to do this with games and many new tools, netmapping, problem and solution trees and more, working with flipchart paper and marker pens, and not just boring questionnaires! Also, CDAIS doesn’t enforce a rigid plan, it is for me to decide and so I learn a lot myself as I work and adapt, making me much better at what I do.” 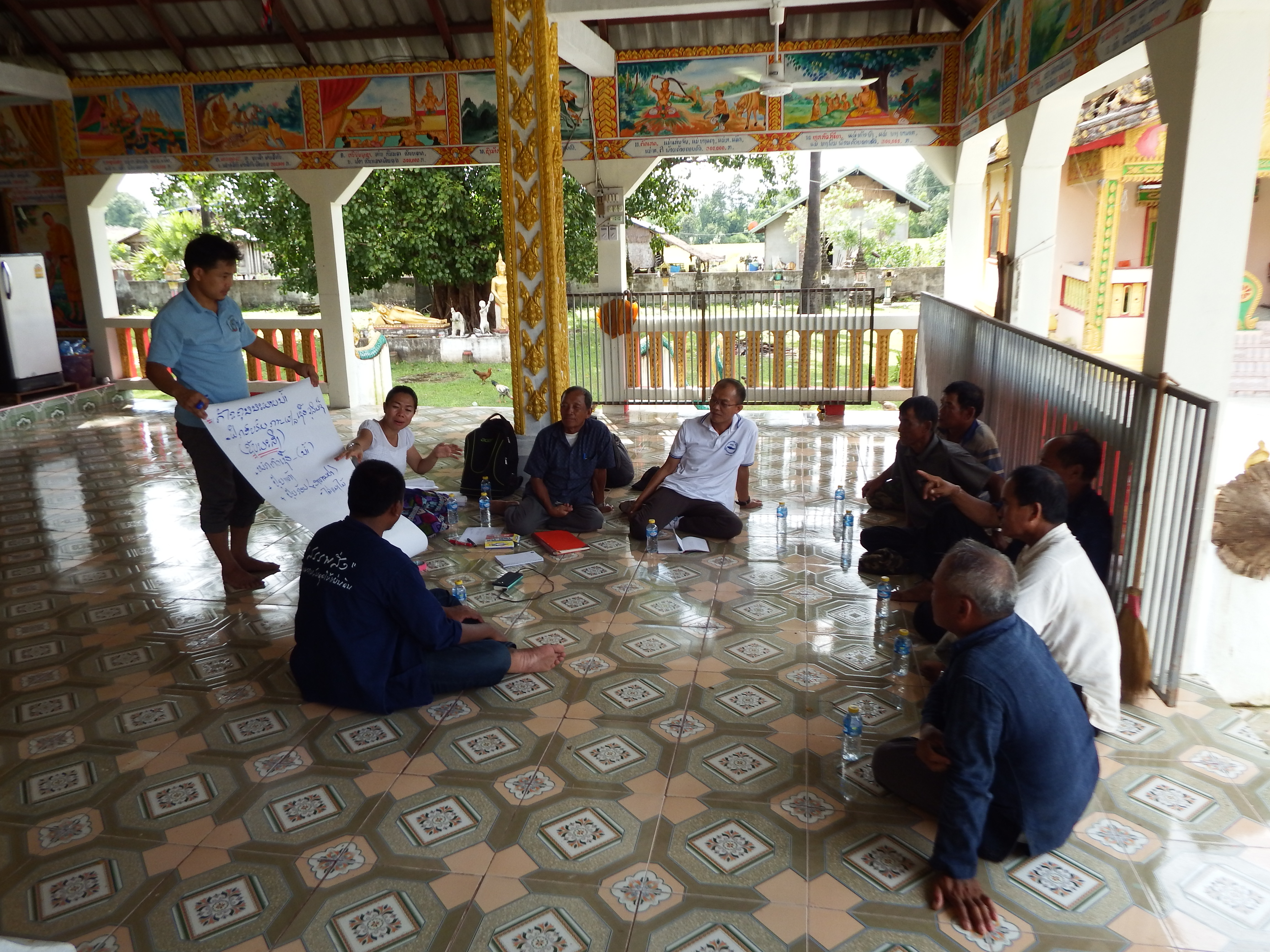 The genesis of change

An aquatic animal production group was formed, including ten farmers involved in a previous FAO project and who had also received training from a government programme in 2015. But only one had taken up production. CDAIS came to work with them and others in Nongkhamhed village, and the group committee said they wanted to expand. They identified common problems, including inadequate water supply in the dry season, that the cages used in the training were difficult to maintain, and materials could not be found in the local market.

Weirs, fish ponds and boreholes help to resolve the water, and credit would assist investment, but farmers lacked the linkages needed regarding finance and technical support. And although encouraged, farmers refused to apply for credit from bank or microfinance institutes like ACLEDA Bank Lao Ltd, a Cambodian firm servicing small and medium entrepreneurs. Farmers said they were fearful of debt and losing their property if they were unable to repay. Also, the loan ceiling was not enough for their needed investments, and the timing of repayments did not match with periods of revenue in their agricultural calendar.

Jumping profits from frogs and fish

Frogs are a delicacy in Lao PDR, cooked and served whole. Bounlium Planethavong was the one trainee in 2015 who grasped the opportunity and took up the challenge. “From the first four frogs, I now produce 1000 frogs per year, keeping 200 for breeding and selling 800 at about US$4.2/kg or about $1 a frog. Add to the sale of frogs the money I make from selling tadpoles and eggs to other farmers and traders, and my frogs alone can earn me up to $1000 a year! And this is on top of the $1200 per year I earn from the sale of tilapia and fish fry – my ponds earn me good money.”

He raises these in four ponds he had constructed at a cost of US$400-600 each, but sees good returns on his investment, directly and indirectly. In the dry season, Bounlium uses pond water to water crops he could not otherwise grow, producing extra food for his family, and income from selling maize, beans, peppers, aubergine (eggplant) and cucumber. He also uses pond water to irrigate his rice seedlings, and during transplanting and flowering if the rains are late or poor – i.e. the water also buffers him from unpredictable weather. Another farmer says that he uses his fish pond to irrigate watermelons after the rice harvest, and from which he earns more than US$4000 a season! 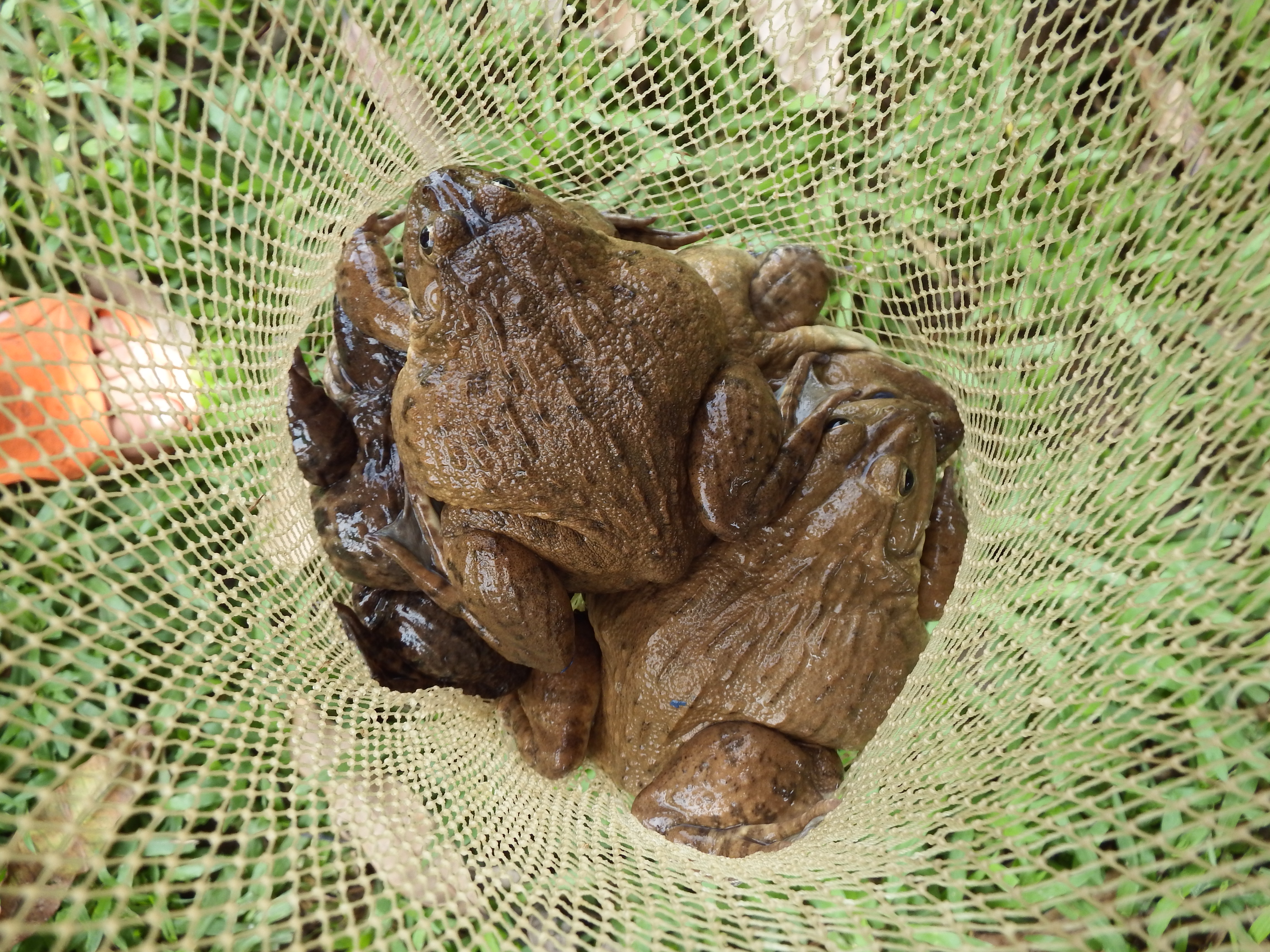 “I wasn’t confident at first to take out a loan to construct ponds,” says farmer Bounlert Maypom. “Then after the first two meetings organised by CDAIS, this gave me the courage to try. Last year I took out a loan for US$2000 and constructed two 60 by 40 metre ponds. And after listening to other farmers, I had them dug extra deep [to 3 metres] to have enough water for growing crops for sale as well as for fish and frogs. I learnt from other farmers how to raise tilapia and frogs and bought tadpoles and fish fry from them. And I repaid the one-year loan in eight months by selling two cows. Now I am waiting for the international new year at the end of December and the Lao new year in April to sell my fish at a premium price. I will also plant watermelon in January after my rice is harvested. But I want technical support on how to increase and better commercialize my production, and to learn how to prepare a business plan.”

And thanks to new ideas and encouragement from CDAIS, Bounlium Planethavong tried a new approach in July 2017, introducing 1200 tilapia fry into one of his rice paddies. “I grow organically, and the idea is that the fish will eat the insect pests and fertilize the crop. This is my experiment.” But he wants more support to build stronger and larger cooperatives, and training on improved breeding techniques and especially for native species that fetch a much higher price. “I also want to start producing other aquatic animals like crayfish and insects that sell for more than $6 per kg and are in high demand.” Farmers from other villages want to join the group. Though some are more interested in the use of ponds for irrigating crops, but if they had a pond, they say, of course they would put in a few fish and frogs…

“We now need to turn these small-scale innovations into successful large-scale enterprises.”

‘Tou Lee’ Vannasy explained that farmers were now looking at using micro-organisms to help them create sustainable agroecosystems that supply families with a more diverse nutrition and income. “But to get there, we must support the formation and growth of strong farmer groups, and help them to share their problems and find common solutions themselves. And they must work with everyone to propose and agree a set of rules that will help the ecosystem develop, like not harvesting fish or insects in their breeding seasons.” The project will work towards these goals in the coming year, and build on the innovations and successes already achieved.

Aquaculture-rice is one of five innovation niche partnerships in Laos being developed as part of the CDAIS project. For more information, visit https://cdais.net/home/pilots-countries/laos/. CDAIS is implemented in Laos by Agrinatura (represented by CIRAD), FAO Lao PDR and the Lao National Agriculture and Forestry Research Institute (NAFRI), along with other partners for other niches.