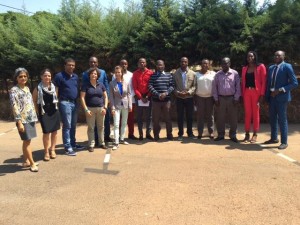 After the training, which took place in Chianga, Province of Huambo, 3-6 October, some of the facilitators will implement the capacity needs assessment. This assessment is the next major step in the CDAIS project, where the needs of potential innovation partnerships will be analysed.

The training was highly interactive and participatory – similar to how the facilitators will carry out the needs assessment. This was something the facilitators appreciated, as they now will lead the next steps of the project.

The facilitators left the training with a shared understanding of concepts and they had a unique opportunity to strengthen their capacity to use different tools and methodologies, such as multi-stakeholder facilitation skills. Especially the facilitation exercises were appreciated and mentioned as something that will be useful in the CDAIS project, but also beyond the project lifetime.